Sean became a member of O’Leary Murphy, LLC in January 2008. Prior to his joining O’Leary Murphy, Sean practiced law for approximately a decade in New York City. The bulk of Sean’s early legal career was spent in downtown Manhattan, where Sean focused on the representation of domestic, multinational and foreign corporations, partnerships and institutions in all aspects of complex civil litigation, most notably high-stakes disputes regarding contracts, corporate transactions, catastrophic business torts, intellectual property, insolvency, construction and real estate.

Sean’s practice regularly involved him in the most nationally significant legal cases. Among many hundreds of other matters, Sean represented the interests of family members of the victims of the September 11, 2001 attacks at the World Trade Center Complex. Sean subsequently represented creditors of Enron Corporation in the United States District Court and Bankruptcy Court for the Southern District of New York. Sean also represented the Town of Briarcliff Manor in various matters, including a widely watched First-Amendment nativity-scene case before the United States District Court for the Southern District of New York. Additionally, Sean regularly represented the City and the State of New York in various New York State and federal courts.

At O’Leary Murphy, Sean has served as lead counsel in over a thousand litigation matters. Notably, Sean represented hundreds of retired state workers and public-school teachers in their nationally-regarded case against the State of Rhode Island for restoration of retirement benefits. Additionally, Sean has been engaged to represent various corporations, partnerships and state/municipal departments and agencies in complex commercial litigation matters and transactions.

Sean’s real-estate practice is comprised, in large part, of representation of clients in their purchase or sale of multi-family apartment complexes and commercial-use buildings and properties. A licensed title-insurance producer and real-estate broker, Sean likewise regularly represents buyers and sellers of residential real estate as well.

Sean serves as counsel for over thirty domestic and foreign companies, in all facets and capacities, including general counsel (requiring rendering of services touching on all areas of corporate law), risk-management, organization and corporate governance. Sean’s unique blend of commercial-business experience and expertise has led to his being sought by many such companies for representation before the State agencies and municipal boards.

Between 2008 and 2010, Sean served as Vice President of Development, and in-house legal counsel, for long-standing regional real-estate developer Ferland Corporation. In such capacity, Sean directed all operations relating to commercial real property acquisitions on behalf of the company. Sean was also responsible for management of over 1500 conventional multi-family housing units throughout the State of Rhode Island, including supervision of approximately fifty employees of a subsidiary management agent.

Sean has served as an Adjunct Professor of Business Law at Bryant University, in Smithfield, Rhode Island.  Sean is also a State of Rhode Island Superior Court arbitrator, and a licensed real-estate broker and title-insurance producer.

After graduating from Boston College and Roger Williams University School of Law – where Sean was the Editor-in-Chief of the Law Review – Sean acted as Judicial Clerk for Rhode Island Supreme Court Justice Robert Flanders, Jr. Sean is currently admitted to practice in the State of Rhode Island and the State of New York, as well as numerous federal District Courts and Circuit Courts of Appeal. 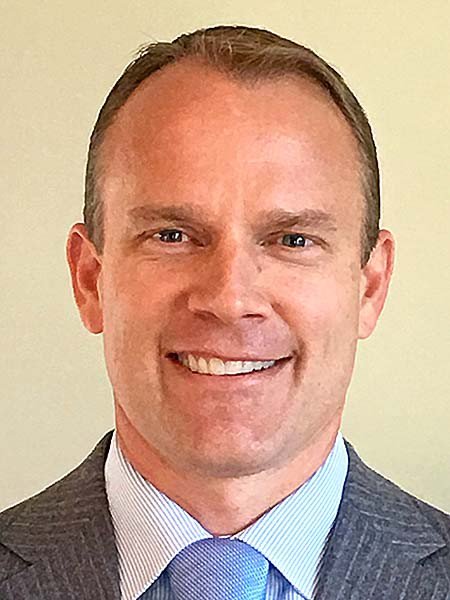